This site is dedicated to learning the balalaika, Russia’s most beloved instrument!

New to iBalalaika? A few things you should know: I created this site to be a resource to help you get started and develop your skills in playing the balalaika. Most of the stuff on this site is free. You can find all kinds of information about the balalaika or Russian music in general here. The video lessons in the general section are also free although limited to song presentation only. The full lessons with the detailed explanation and demonstration of the techniques and fingerings re available to members only. I’ve posted 28 video tutorials so far on how to play songs from the Balalaika Fake Book, and I consistently release new tutorials every month. And it’s all ad-free, with no cookies, Flash or spam. 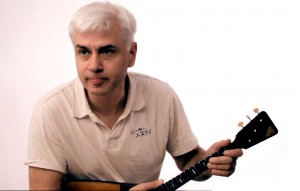 My name is  Alex Siniavski and I am the creator and writer here.

In March 2005 I released a BALALAIKA TUTORIAL ON DVD providing an easy and effective way to learn all of the various balalaika techniques. I have also recently compiled the RUSSIAN REAL BOOK, an absolute must for every professional performer or a serious amateur player.

I am a graduate of Mussorgsky College of Music and the St. Petersburg Conservatory of Music. During my student years I was a leading member of the world acclaimed Andreev State Russian Orchestra in Leningrad (St. Petersburg, Russia).

I arrived in the United States of America in 1992. As a soloist and clinician I perform around the world, compose and arrange music for ensembles of Russian instruments, movies and TV shows. I have toured throughout the former Soviet Union, Europe, the United States and Africa, and appeared on television and radio in Russia and America.